All designs were created and typeset by widely published lawyer and artist Charles Pugsley Fincher, J.D, His work has been featured in over 100 legal publications, newspapers and textbooks in the USA, England, Canada and Australia.

Fincher’s cartoons, illustrations and op-ed columns have been published in multiple American newspapers including the Houston Chronicle, Austin American-Statesman, Boston Herald, Arizona Star, Idaho Statesman and The Des Moines Register. His work has also appeared in the Saturday Evening Post, the National Law Journal, American Lawyer and the ABA Journal.

An exhibit in the government’s White Chapel Gallery in London, England, on Churchill’s bust included two of Fincher’s cartoons.

LawComix is a collection of six different cartoon projects for lawyers created by Fincher. They have been licensed for use in presentations from HongKong to New York City to London to Tel Aviv.

Fincher was commissioned by an ABA law section to paint an illustration of Berkley Law School Dean Erwin Chemerinsky. The fantasy illustration depicted the Dean as a ChicagoCubs' shortstop, something he'd dreamed of.

Finally, Fincher is a partner in The Allison Law Firm on South Padre Island, Texas. 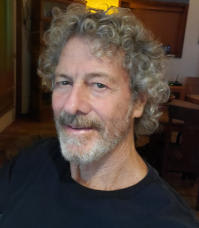